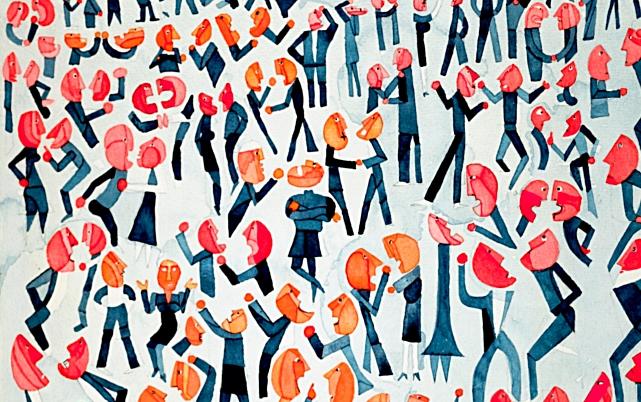 It’s that time again, as I’m sure you’ve noticed. In the US, we are approaching a presidential election year. Already, our public discourse is being filled with trending topics, provocative headlines, and, per usual, hare-brained assertions that would make a fact-checker weep. And as tempting as it is to try and ignore or tune out these political conversations and simply go about my daily life, I know I shouldn’t. Now more than ever, it is imperative that we pay close attention to not only the tenor, but the specifics of public discourse when it comes to candidates and elected officials. As justice-minded Christians, we know that for many people, the issues that are being debated in the public forum, the untruths that are so casually bandied about by politicians, and the words used to silence those voices outside the mainstream, translate into actual matters of life and death for those suffering in the margins. Public policy and legislation are matters of justice, and for that reason, we cannot “opt out” of engagement in political discourse.

So why does discourse matter? For many, the idea of “quibbling” over words can often seem tedious. But Marilyn Chandler McEntryre argues in her book, Caring for Words in a Culture of Lies, that “caring for language is a moral issue.” The problem is that the sheer volume of language we take in during this age of social media and twenty-four hour news cycle is overwhelming, and as a result, we’re often numb to the various abuses of language that fill our public rhetoric. McEntrye calls out these abuses, naming “thoughtless hyperbole, unexamined metaphors, slogan and sound bites, grammatical confusion, ungrounded abstraction, overstatement, and blather” as some of the many ways language is used to obfuscate the truth and distract us from closely examining public issues (11). Her assertion that we live in “a culture of lies” feels dramatic until we consider that, at this point, more than one of the GOP presidential candidates have made a total of zero true statements in debates according to independent, nonpartisan fact checkers.

The Petrine author writes to an audience of persecuted churches in 1 Peter, exhorting them to  “be sober, be watchful” in the facing of their adversaries. It is advice that we too would do well to take on in our pursuit of truthful and just language. McEntrye tells us that caring for language requires “an active habit of mind” (21). And in order to develop an active habit of mind, we must allow a moral concern for language to become part of our consciousness and use it as a framework for viewing all discourse. It means that we must use the tools of self-reflection and critical thinking to approach and evaluate language. These tools are God-given, certainly, but require practice to hone and refine.

We can use the exhortation in 1 Peter as a guide to help us figure out what it looks to “care for language” in a culture of lies:

When we take seriously the task of caring for language and watching for its abuse, we acknowledge that discourse- all those words we share and exchange- has very real and material consequences in the world. For McEntyre, part of truth-seeking includes a “willingness to call liars to account.” Those figures who shape our public discourse, who operate in the public arena, and who profit from their participation in it, must also expect to be held accountable for their language.

You may have already noticed a lamenting of “political correctness,” an apparent plague on our nation, from certain public figures in this election season. GOP candidate Trump has now famously stated, “I think the big problem this country has is being politically correct. I’ve been challenged by so many people and I don’t, frankly, have time for total political correctness.” As a description of language, “political correctness” has had varying definitions that have changed over time; in today’s political climate, it serves as “a sort of catch-all term we apply to people who ask for more sensitivity to a particular cause than we’re willing to give — a way to dismiss issues as frivolous in order to justify ignoring them.”

We have seen, over and over again, the very real and justifiable concerns of marginalized groups dismissed as ploys for “political correctness,” reducing and dismissing the true issues at hand and silencing the voices of those outside of the mainstream. In the case of Mr. Trump, labeling arguments that oppose his own views as “p.c. nonsense” is simply another technique to keep those less privileged out of the minds of his potential voters. After all, if caring that our language takes others’ perspectives in mind is truly the biggest problem our country has, then the very real, pressing issues of racial justice and police brutality, the detention of immigrants, the wage gap, gun violence, and many more are easily pushed to the side and seen as not having any serious purpose. It is a horrible kind of deceit to reduce caring for language that is inclusive and respectful and that includes the concerns of those on the margins to simple “political correctness” and therefore unworthy of our attention.

So then, putting away falsehood, let all of us speak the truth to our neighbors, for we are members of one another. Ephesians 4:25, NRSV.

I have mentioned above that I feel that caring for truthful and careful language in the public discourse is a moral issue for justice-minded Christians. But it is also worth pointing out that, in general, good democracy depends on informed citizens. Our responsibility is not only to God, but to one another, to use wisdom in order to seek out the truth and, in the pursuit of our own healing, name the offenses against language committed by those who are shaping our public discourse.

For those of us who are Reformed, we come from a very word-centric tradition. We must remind ourselves that, Christ, the logos, was the Word that became flesh and lived among us. Our words also have life- in the stories we tell about ourselves and others. We must view our examination of language and the preservation of truthful words as a form of activism that is directly related to our pursuit of justice. McEntytre writes that “we have been ‘called by name’ – not every one of us to public speaking, political activism in the streets, or investigative journalism, but all of us to seek truth and follow after it, to do justice, to love mercy, and to walk humbly with God” (64). We serve these callings by cultivating an active habit of mind that leads us toward a sober and watchful caring for language. This election season, I am committing myself to remembering in my examination of public discourse, that we belong to each other. When we speak well, our words will reflect this sacred truth. Language has the power to transform and turn empires upside down, so let us attend to it carefully.

a collection of writings from a writer & woman in the PC(USA)
Follow on WordPress.com